It’s hard to believe but as I write this right now Annabelle is only 10 weeks away from her 1st birthday! ONLY 10 WEEKS! That means next week she will be down to the single digits in that countdown to celebrating her first birthday! I can still remember when she was just a 10 week old little infant baby, and now she seems more like a toddler with every passing day then every before. 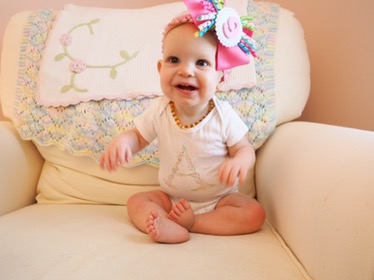 Measurements – Our girl is 16 pounds now which means she has finally doubled her birth weight!!! She’s also starting to fit into some of her fall clothes that we bought for her last year when we found out we were having a girl! It is so fun to dress her in those pieces and then watch her play in them all day because they bring back memories of when we were pregnant and preparing for her to be born into our family and all the anticipation that went along with that sweet time in our lives. 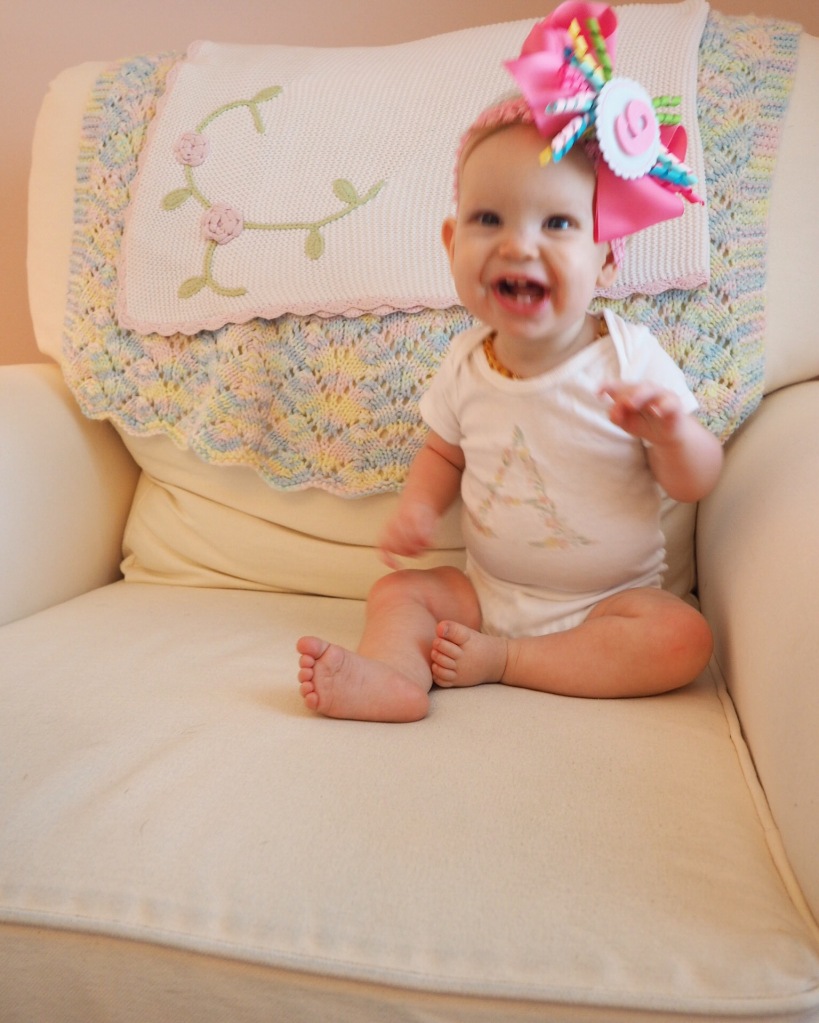 Best Moment – Annabelle said “Mama”!!!!!!.. as well as other syllables, but MAMA!!!!! Be still my beating heart! This was definitely my personal favorite new thing that she does even though she still says it pretty indiscriminately. She’s become more of a little social butterfly too and loves to wave at everyone she meets as well as wave bye bye when we’re leaving somewhere.

Worst Moment – Definitely the worst moment was when Annabelle got her first diaper rash. She was cutting her 2 upper front teeth at the same time so all that extra drool made for a pretty hard time on her little digestive system which resulted in a lot more bowel movements which resulted in her first diaper rash. It literally came on out of no where too. We knew she was needing more diaper changes so of course we were changing her more frequently but she woke up from her afternoon nap one Thursday with a monstrous poop and a red little bottom 😦  It broke our hearts to and despite our best efforts to clear it up on our own (we were literally leaving her bare bottomed to air dry all day long except for naps, switched out of clothe diapers to disposable so we could use desitin and powder during the naps when she had to where diapers, were giving her about 3 to 4 oatmeal baths a day and so much more) we ended up taking her into see her pediatrician and having a special diaper rash cream prescribed which cleared it up rather quickly after we started using it.

Favorite Things – Annabelle loves to try new foods and this month we introduced her to some fruits which she LOVED! Like she would cry when we were finished with the fruit portion of her meal LOVE – especially when is came to the Peaches. That was definitely her favorite thing she tried. We’re not surprised that she has a natural sweet tooth though because she is after all her momma’s daughter and I can not get enough of any type of desert – especially fruit based ones!

Highlights – First sleepover with Grandma and Mimi, 8 month pictures out at the farm, welcoming her new cousin Charlie into the world, going to The zoo, going to downtown Cincinnati, going to visit Mimi at work, “helping” mom and dad with their first big home renovation since she was born. There was so much that happened this past month that was so fun! 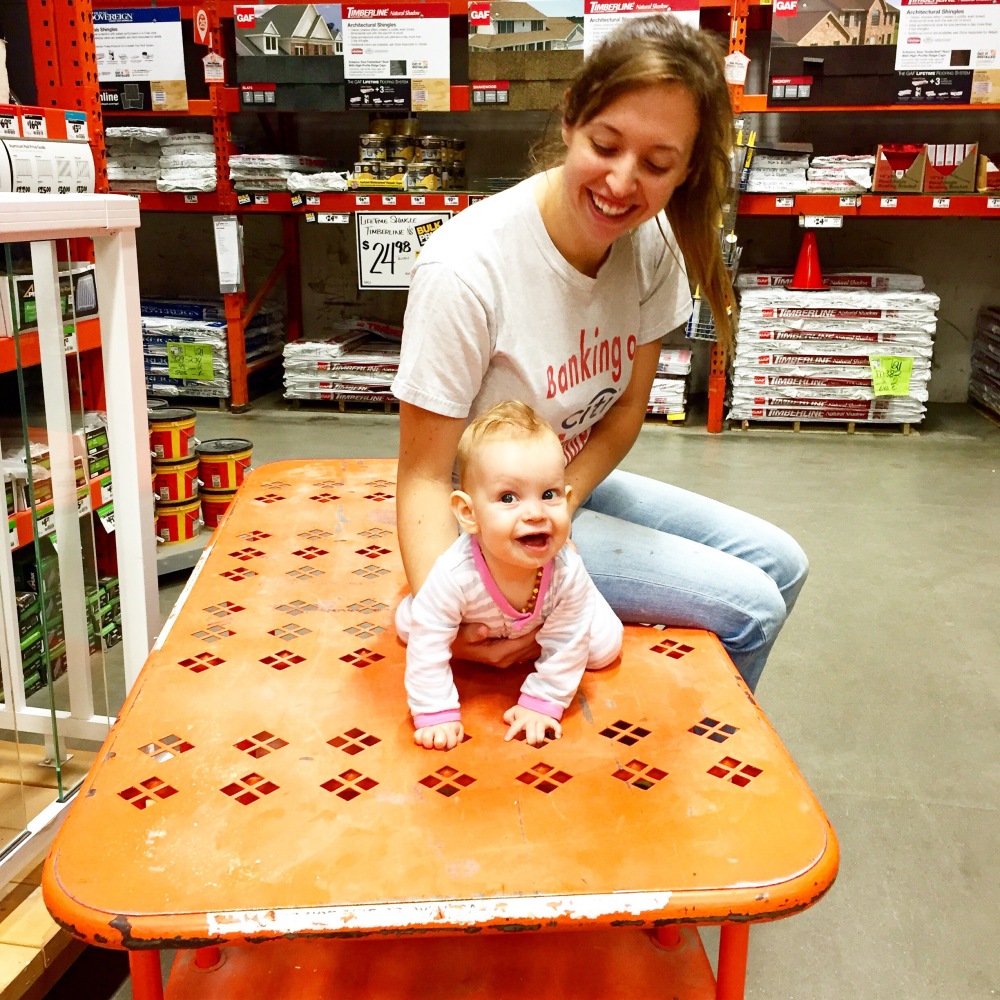 She also had fun on her first Aunt Kiki date as well as joined her mom and her moms friends at her first monthly girls breakfast! 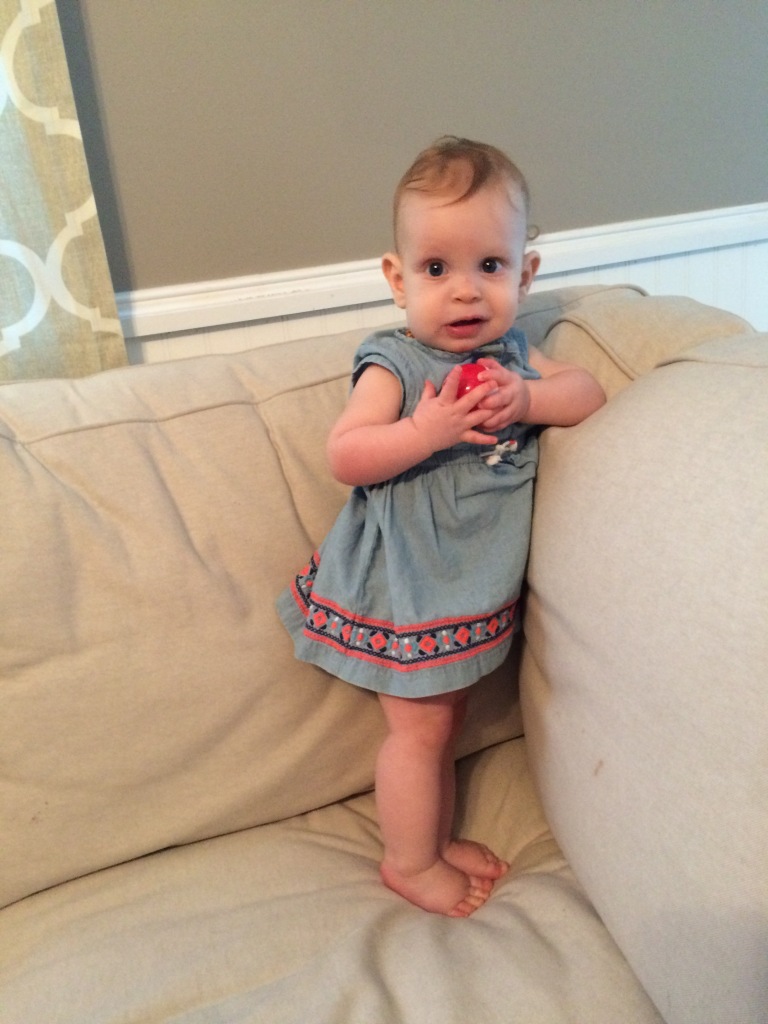 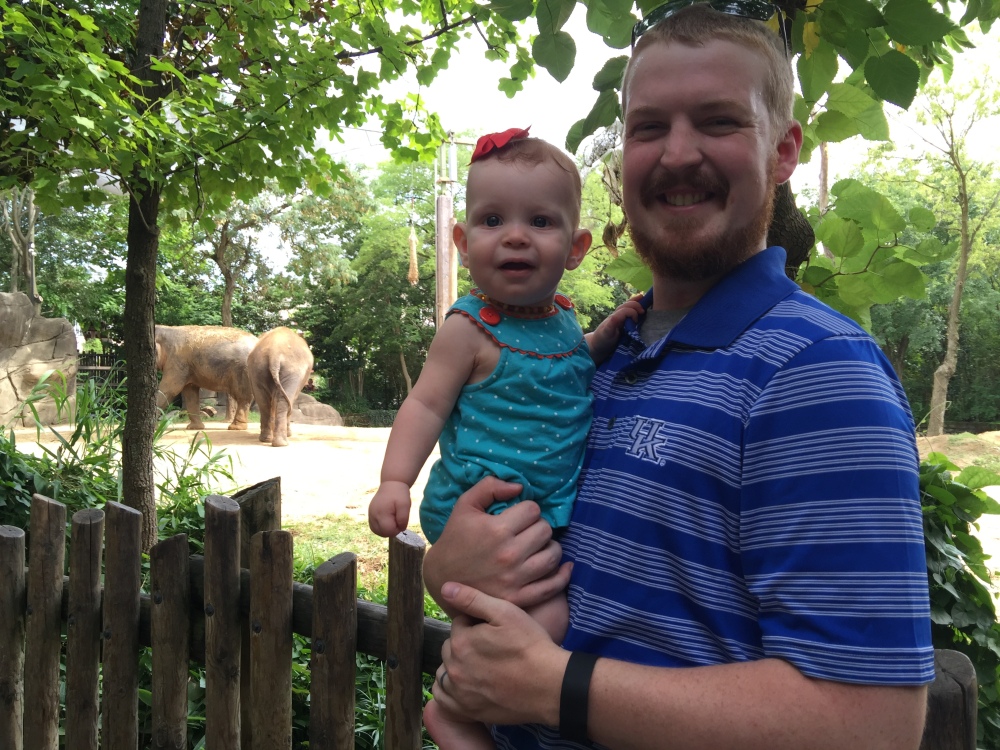 We just loved this past month with Annabelle and all the fun adventures we were able to have with her and can not wait to tell yall all about the many adventures she has been having as a 10 month old next month!